Gender and Ministry: The Debate Returns

The four weeks or so post-Christmas are usually fairly uneventful in the life of a full-time minister.  There might be some tinkering with the preaching program, editing the music or service rosters, tidying up the office, and other such Non-Essential Essentials.  In other words, plenty of time to digest the Christmas calories, read a few improving books, and watch a few overs of the cricket.  Not really the time you expect contentious theological issues to be raised in the public square.  Except this year...

Before the Christmas bak'd meats could coldly furnish forth the Boxing Day tables, two new works on the preaching role of women in the Church by respected authors John Dickson and Michael F. Bird came out in e-book form.  To call them "books" is an overstatement as neither runs longer than 70 pages (including footnotes).  "Pamphlet" or "tract" in the more traditional sense would be more appropriate.  Both are in a style that will engage non-scholarly audiences and are available for less than $5.  These are works that are meant to be distributed widely and easily.  They will appeal to those who prefer their reading material on electronic devices rather than paper.  It's not hard to imagine them becoming the topic of Hot Discussion amongst young Christians at conferences and summer missions over the next several weeks, conveniently while their pastors are in Holiday Mode.

Both claim to have found an evangelical "middle ground" between the entrenched Egalitarian (there should be no distinctions between men and women in the use of spiritual gifts) and Complementarian (men and women have equal but different spiritual roles in Church life) positions.  Both claim that the language of the apostle Paul in particular has been misapplied in our modern context.  Both make some very important and appropriate observations about the role of women in the early life of the Church, something which complementarians often tacitly acknowledge but seldom allow to shape their ministry practices.  However, Dickson and Bird each employ radically different exegetical methods to reach their shared conclusions that, while it may be appropriate for male headship to remain with respect to ordained Church offices and the Christian household, it is nonetheless perfectly appropriate for a woman to preach expositional sermons to regular mixed gathering of the household of God.

After carefully considering both arguments, I find each of them are unconvincing and so cannot in good conscience accept them or recommend them to others.

Of the two works, John Dickson's Hearing Her Voice: A Case for Women Giving Sermons is the more challenging argument as it was not one that I had personally encountered before.  Dickson aims to sharpen our perceptions of the various Word ministries mentioned in the New Testament to see which is the most equivalent to modern sermonising and whether any gender restrictions can be found to apply.  His ideas are likely to be very appealing to a young evangelical readership and therefore warrant serious engagement to see whether they can be sustained.  In contrast, Bird's Bourgeois Babes, Bossy Wives & Bobby Haircuts: A Case for Gender Equality in Ministry is not as engaging as its title suggests.  Bird uses standard egalitarian hermeneutics to flatten the distinctions between Word ministries and his historical interpretations of contentious passages such as 1 Corinthians 14 and 1 Timothy 2 are nothing new to anyone who has done previous reading on the topic (though presumably these people are not Bird's target audience).  I found that I had read some of his material on Romans 16 previously, but the extended discussion in the recent publication did not overcome the obvious exegetical problems with his analysis.

So why am I "wasting my time" writing an extended account of my thoughts on these works?  Why not just post a snarky Status Update or Tweet and have done with it?  A couple of reasons, really.

First, I believe that both these works have some important things to teach those who, like myself, hold to a complementarian position on the ministry roles of men and women.  Some of the accusations of biblical unfaithfulness directed at complementarians in both these works are entirely justified in my own experience.  Too often, women in the Church have been sidelined or excluded from leadership of certain ministries that involve partnership with men because of fears that it would undercut the Headship Principle.  Practice is frequently driven more by fear and theological "acceptability" than Scripture.  Complementarians have been slow to question whether Standard Church Practices do in fact give space for our sisters in Christ to use their gifts for the benefit of the congregation ways which are biblical.  This needs to change, and I believe that both these works may spur us on towards greater communal godliness.

Second, this is a conversation that we really need to have seriously again.  The last time this was on the evangelical agenda was when when Women's Lib looked like this.  Seriously, the young men and women who are leading our Youth Groups and Bible Studies were either not born or in preschool the last time this topic was a Big Deal.  If the space isn't created for the next generation to explore this topic in an open and informed way then there will be a rather predictable reaction.  We have nothing to fear from opening up the Bible and seeing what it says.

Over the following week I intend to post here some serious theological reflection on the works of Dickson and Bird in turn.  I will start by talking about what are the right and good things that we can and should learn from these Christian brothers.  From there, I shall outline where I think their arguments run into difficulties and why therefore I think their conclusions regarding the preaching role of women in the church cannot be sustained.  At the end I'll try to draw things together in as helpful a way as possible. 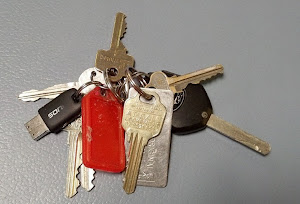 Welcome One and All...

May we have Faith Seeking Understanding together!

Luke Collings
Born in Australia but raised in Japan. Boxes and planes. Saw a world beyond suburbia, brought up to believe in hard work and responsibility but found myself a broken sinner before a God who forgave and restored me. Studied Educational Psychology and English at university, then worked in employment services and community housing before starting at Moore Theological College in 2007. Ministered in Sydney in both parish and Anglicare roles 2011-2017. Serving with Bush Church Aid in Moranbah, QLD since 2017. Completed MTh on holiness in the theology of John Webster in 2019.